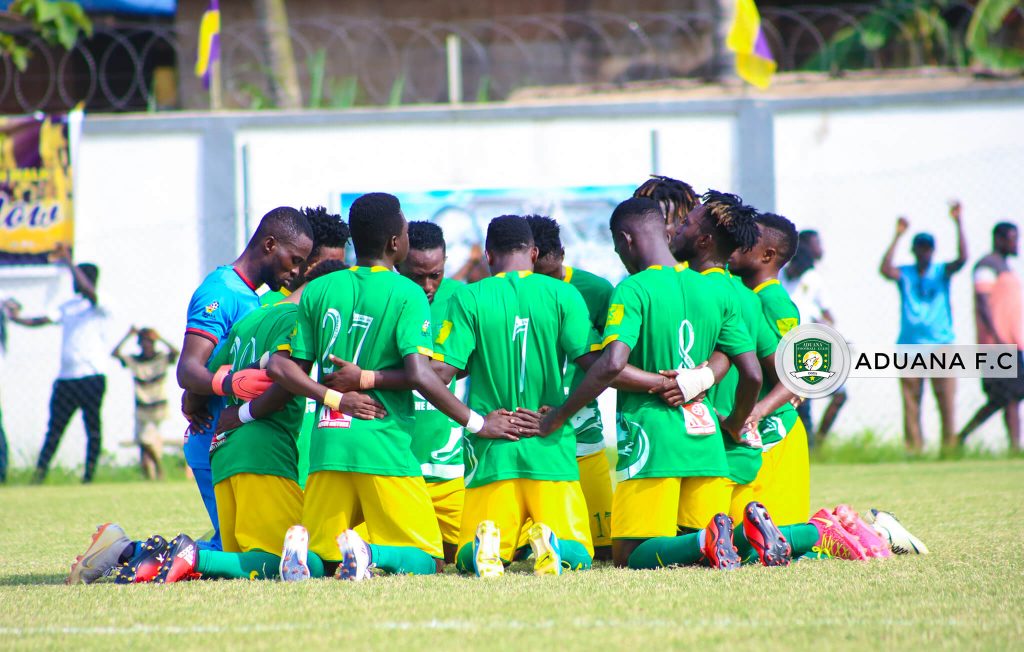 Aduana Stars with the chance to restart under Zola

After their minor blip, the weekend’s game will be critical in kick-starting Aduana Stars’ season. Those blips can happen to any team in the world of football. What matters the most is how the group bounces back from them.

Three disappointing results over the past weekend may have left the fans disheartened and confused about how it all went wrong. Three losses to Dreams, Bechem United and Bibani Gold Stars have seen Aduana Stars slip from the top to sixth place.

Critical injuries to essential players have derailed the team’s season. The absence of skipper Joseph Addo was a blow that must not be underestimated. His influence on the team at the start of the season was crucial. He has now returned, and will look to inspire the team again.

The brilliant start to the season has kept Aduana within touching distance even after they had a fall in the log. They still have a chance to regain their form and go back to fighting for the title and CAF continental spots.

Aduana has played good football, dominating teams but lacking the final product. Their strikers have not gotten their shots on goal and keepers to play top-level when they face Aduana Stars.

New head coach Ben Zola will have to come up with a play that will see the likes of Bright Adjei, and Emmanuel Gyamfi scoring goals regularly as they did at the beginning of the season. Clear attacking patterns need to be established, and players need to understand their roles as we advance.

The strikers need confidence; they make many passes in the opposition’s box and end up missing a chance. The coach will need to motivate them, and the goals will start rolling in. Aduana Stars have outstanding players and lacked, but they need an arm around their shoulders now.

Zola will have to depend on his man-management style more than the tactical understanding, and the players need to be comforted and know that their coach has their back. The supporters and sponsor 10Bet Africa will always back the players, and they have been showering them with unwavering support on social media.

Sunday’s match with Eleven Wonders feels like it will be the turning point in Aduana’s season. They are gearing up for a rousing performance as Eleven Wonders are in 17th place on the log and are in a relegation fight. They have lost 12 games this season.

Three steps to your bonus: