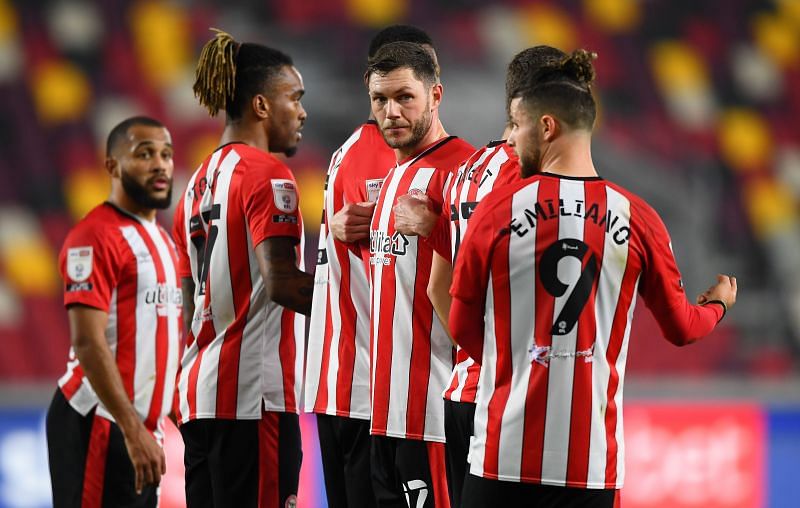 Manchester City (Man City) will host Brentford in a Premier League clash at the Etihad Stadium on Wednesday, 9 February.

The match pits two teams with a similar style of play, positional and transition. So this has the all the indications of a classic matchup.

Pep Guardiola’s City has been the runaway leader in the Premier League, dominating and dismantling teams left, right and centre. They have been simply unstoppable, playing some of the most enterprising football in the league.

The Brentford side has always punched above its weight class and has gone toe-to-toe with football giants like Liverpool, Chelsea, Manchester United, and Arsenal. So it’s guaranteed that these legends are not intimidated by any team they play, including the current log leaders.

Their head coach Thomas Frank wants his side to stick to their footballing philosophy at all times, regardless of the opponent. This approach has made Brentford one of the most exciting teams to watch in the Premier League.

Brentford recently announced the signing of Danish midfielder Christian Eriksen on a six months contract. The deal had the world buzzing in anticipation of seeing Eriksen on the football pitch again. Eriksen collapsed during a European Championships match seven months ago due to a cardiac arrest.

Eriksen is no stranger to the EPL; he was once part of an exciting Tottenham Hotspur team under Mauricio Pochettino. He dished out assists for Harry Kane, Son Heung-min and Dele Alli. Together they were known as the ‘Spurs Fab Four’ ushering  in Tottenham’s most successful era.

Brentford is currently in 14th place with 23 points but wants to establish itself as a league regular. Hence they have brought Eriksen on board, one of the greatest players to brace the EPL.

Going in to Wednesday’s match, Brentford have a mountain to climb as they will have to stop a free-flowing City that scores for fun on home turf. This match will be different to the last encounter between the two teams in December, where Man City managed to get a close 1-0 win away. This result showed that there was very little difference in skill and approach between the rivals.

Man City have won four of their last five matches, and they are in fine form. Brentford will want to slow down their momentum and, in doing so, they may be doing Liverpool and Chelsea a great favour.

Pep Guardiola’s team is chasing another title. Therefore, the three points on offer in this match against Brentford are critical to securing the EPL Title.

Our best prediction for this match is that Man City will score in either half against Brentford and should win by 3-0 to take the three points.

Kick-off the party with our free bet promo!