Red Arrows prepare for a crucial week in the league title race.

Aduana Stars with the chance to restart under Zola 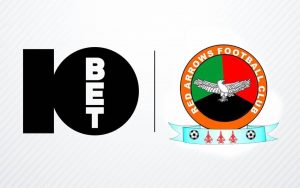 Red Arrows looking to extend lead at the top of ZSL

Leaders of the Zambian Super League, Red Arrows, face a massive test on 13 February when they take on third-placed Green Eagles in Choma.

Talanta go in search of three points against Bidco United 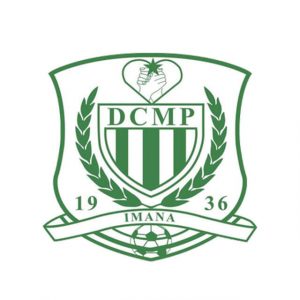 Daring Club Motema Pembe will travel to Kindu to face Maniema Union in a Linafoot clash on Thursday, 10 February. 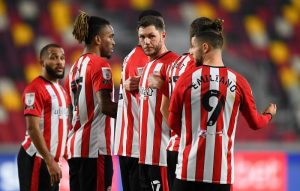 Manchester City (Man City) will host Brentford in a Premier League clash at the Etihad Stadium on Wednesday, 9 February 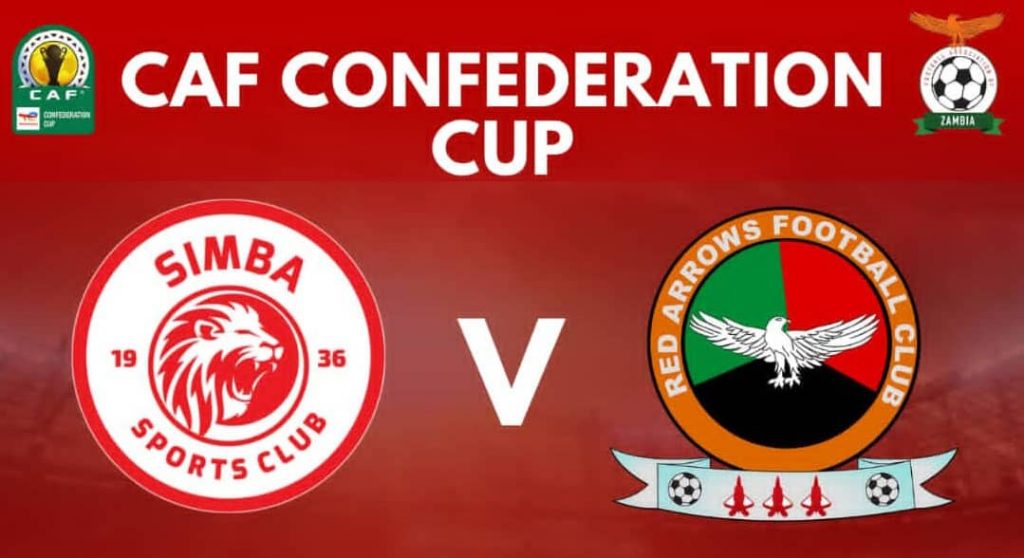 Red Arrows is turning their attention to the CAF Confederation Cup after back to back wins in the Zambian Premier League.

The Airmen played two games during the last week. First, on Wednesday, 17 November, they defeated Lusaka Dynamos and then it was followed up with another victory over Nkwazi on Saturday; both wins were secured through a 1-0 scoreline.

The six points from midweek took their tally to 17 points from 12 games. They are placed sixth, level on points with Green Eagles and Kabwe Warriors, who are above them in fourth and fifth place, respectively. On Sunday, 28 November, Arrows will resume their continental campaign when they travel to Tanzania to square off with Simba.

Now they will face their most challenging opponent in the tournament, Simba, in the playoff rounds. Going up against Simba over two legs will not be an easy task. The first leg will be away, and the the second leg will be in Tanzania on Sunday, 05 December. The Airmen will take on one of the continent’s best clubs; Simba has built a strong reputation in Africa. Last season in the CAF Champions League, they progressed to the quarter-finals. In their group stages campaign, they finished first, ahead of Egypt’s Al Ahly. Their campaign was ended by South African club Kaizer Chiefs.

In the 2021/2021 Tanzanian Premier League, they have found form. They’ve won four of the six games they have played. As a result, they are in the second position on the log.  With all the pedigree Simba packs, they are not unbeatable. Red Arrows head coach Oswald Mutapa will have to plan over the two legs.

Going to Sunday’s game, a clean sheet is a minimum requirement and, a goal will be a bonus. They will have to be compact and make things difficult for Simba at the Benjamin Mkapa. The longer the game goes on with the scores level, Simba will be frustrated.

Although a draw will be perfect for Arrows, they will want to make it a score draw or even get a slight win to gain some form of an advantage going to the second leg. One of the major concerns for Arrows is their lack of goals; they have not been clinical enough in front of goals this season. In their league campaign this season, they have only scored 10 goals in 12 games. Added to that, they have been conceding goals, shipping in 11.

A positive result will be on top of the agenda for Arrows in Tanzania, and then they will have to try and win the tie in the second leg at home.

Aduana will look to build on from 5-1 thrashing Tamale

Aduana Stars secured their first victory in the Ghanaian Premier League when they defeated Real Tamale 5-1 on Sunday 21 November. The win was a statement of intent, and the performance was one that sends a message to the league and probably kick starts Aduna’s season.

Fans would have been wondering how the season would pan out after the opening three games resulted in two draws and a loss; however, the three points from the weekend do bring a sense of belief. Now their sides have climbed up to eighth place and have five points in four games.

The five goals on Sunday came courtesy of an own goal from Tamale’s Yussif Nurudeen, a brace from Bright Adjei, Eric Kwakwa, and Mohammed Yahaya gave head coach Joseph Asare Bediako his first win of the season.

Bediako will look to build from this win, and it looks likely that the formation of 3-5-2 on the day will be the favoured formation for the season. The objective for Bediako this season will be to bring African football back to the Nana Agyemang Badu Stadium. The last time Aduana featured in continental football was back in 2018 in the CAF Confederation Cup.

In the 2020-2021 First Capital Plus Premier League, Aduana Stars finished in fourth place with 55 points. They managed to put together a title challenge where they were behind by six points from the eventual winner’s Hearts of Oak, who won the league with 61 points.

The key to ensuring Bediako’s team has a successful campaign will be how striker Bright Adeji does during the season. So far, the 27-year-old has been in phenomenal form, getting three goals in the four games played. 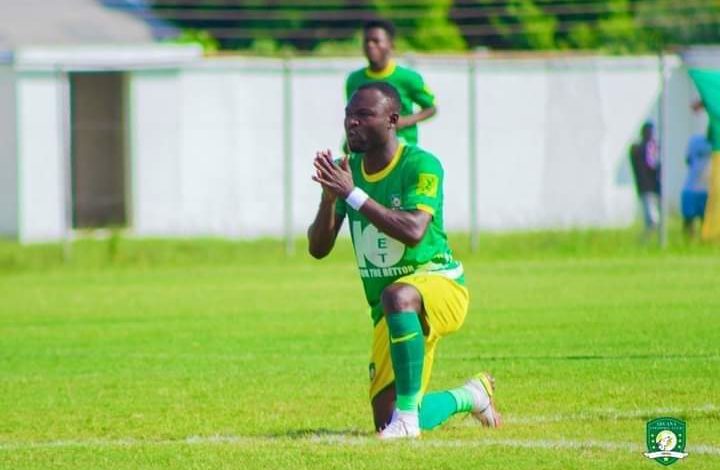 This season could be one that Adeji uses to break through and finally live up to the potential he showed as an 18-year-old for Tema Youth. Now he’s an established professional, his experience in Ghana’s top-flight will be crucial, and the team will look up to him to take up a leadership role.

Adeji’s quick pace and ability to drop and pick up the ball or drift wide will fit with the formation Bediako plays. One can even say the formation is tailor-made for him; it can get the best out of him.

Bediako’s men will look to keep their momentum when they take on Legon Cities on Friday, 25 November. Cities are also on five points and are number ten on the log. However, they are at a loss of form, and Aduna should look at prying on them. It won’t be an easy match away at the Ohene Djan Sports Stadium.

Dodoma Jiji will play host to defending League Champions Simba SC in the Nation’s capital at Jamhuri Stadium on Friday.

This Friday Dodoma Jiji is back in action after a great start against Ruvu Shooting on Tuesday, Didier Gomes and his Simba side make the journey to the Nations capital to face off against Dodoma Jiji.

Dodoma and Simba SC have met twice in the Tanzanian Premier League with Simba emerging victorious in both previous meetings with Simba just narrowly edging the tightly contested games.

As the league action resumes at Jamhuri Stadium this Friday we look into what could help their side edge in this week’s game.

Looking at Simba, they have shown defensive solidity through Premier League veterans the likes of Serge Wawa and Joash Onyango, however they have struggled in front of goal with their front players Chris Mugalu, John Bocco and Meddie Kagere struggling to find the back of the net since Simba Day two weeks ago.

Dodoma Jiji will however be looking for more creativity in-front of goal as they only managed 28 last season and they will hope that new midfield creator David Ulomi will be able to not only create but to chip in with goals this season.

See the latest odds on Dodoma Jiji FC vs. Simba SC at 10bet.co.tz 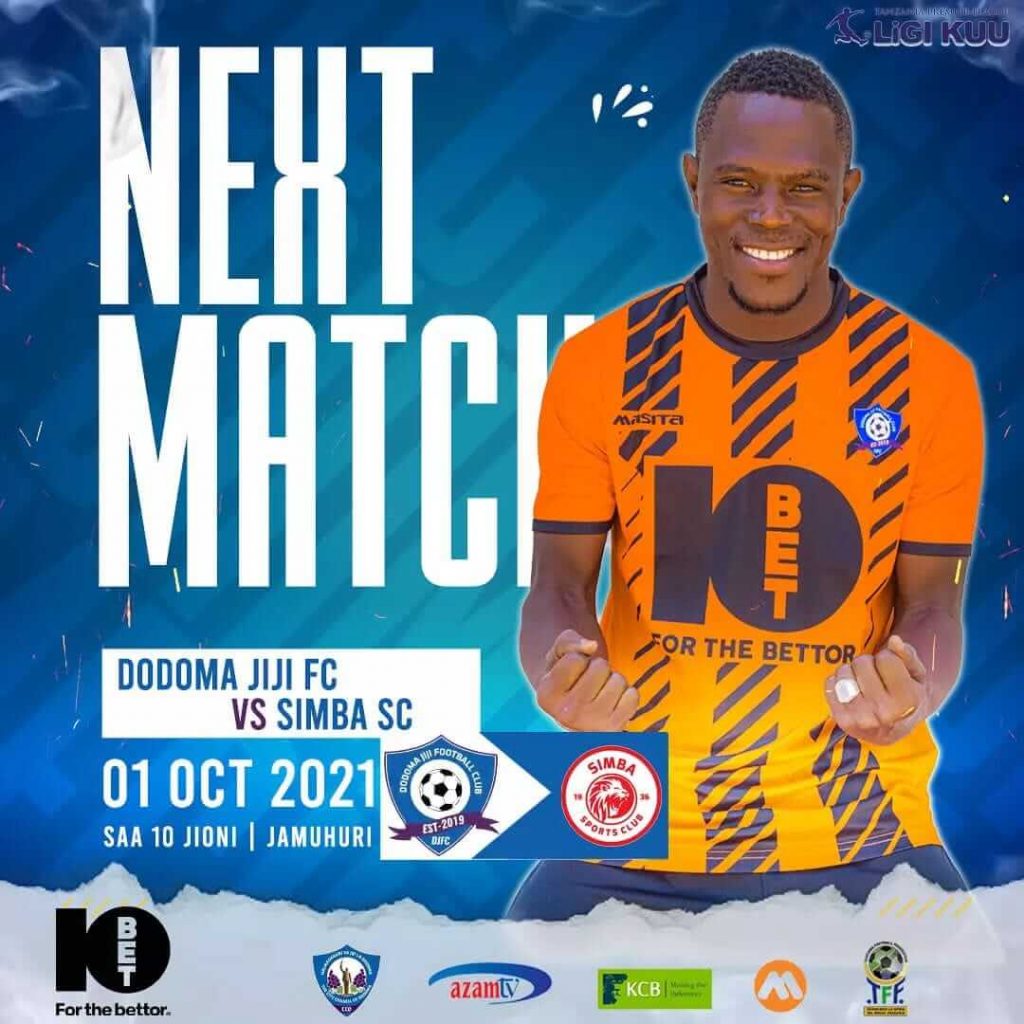 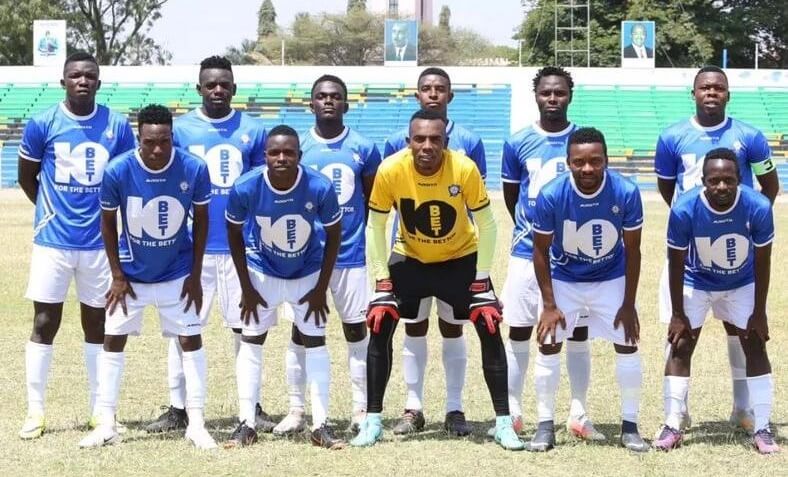 Dodoma Jiji FC premiered the new 10bet branded uniform in the game against Ruvu Shooting Stars FC on 28th September. Dodoma Jiji celebrated a fantastic win secured by Cleophance Mkandala scoring the only one goal in this match in the 30’ minute of the first half. This is Dodoma Jiji FC first game in the Tanzanian Premier League this season which kicked off on 27th September. The club won the promotion to the top tier after a 2-0 win over Iringa United FC last year.

10bet Africa CEO Arthur Perry said: “We are thrilled to have formed these partnerships to support and contribute to the football industry in Africa, and it’s a major step towards achieving our main goal, which is making football fans happier all around the globe.”

The three-year partnership will see global sports betting 10bet brand appear on Dodoma Jiji FC jerseys. The club has officially announced and unveiled its new 10bet branded uniform earlier this week. Secretary of the Dodoma City FC team, Fortunatus Johnson together with 10bet announced four types of 10bet branded jerseys including home, foreign and other jerseys that are all unique. 10bet and the club’s fans celebrated the first win of the season and are looking forward to more thrilling games and wins from Dodoma Jiji FC this season.

Dodoma Jiji’s supporters and other sports fans will be thrilled to know that award winning betting company 10bet is now available in Tanzania. The locals can enjoy exclusive access to a wide range of sports, markets, advanced odds and excellent welcome bonus! Check the newly launched 10bet Tanzania website now! 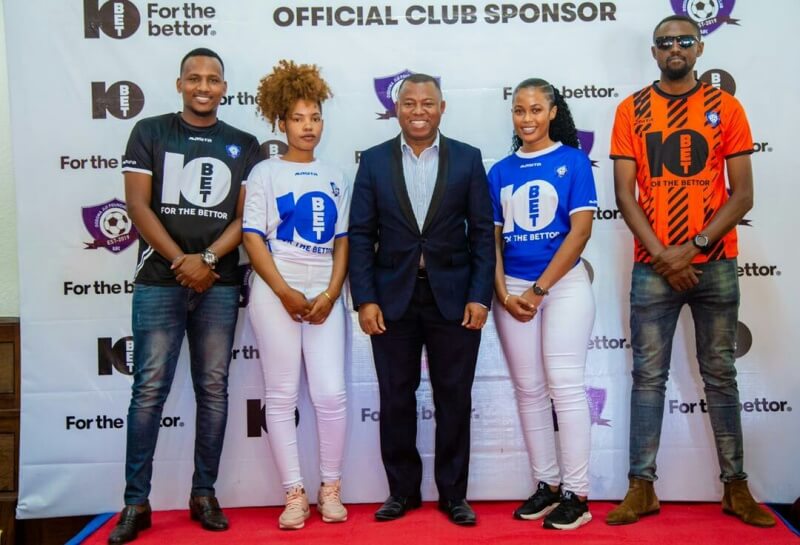