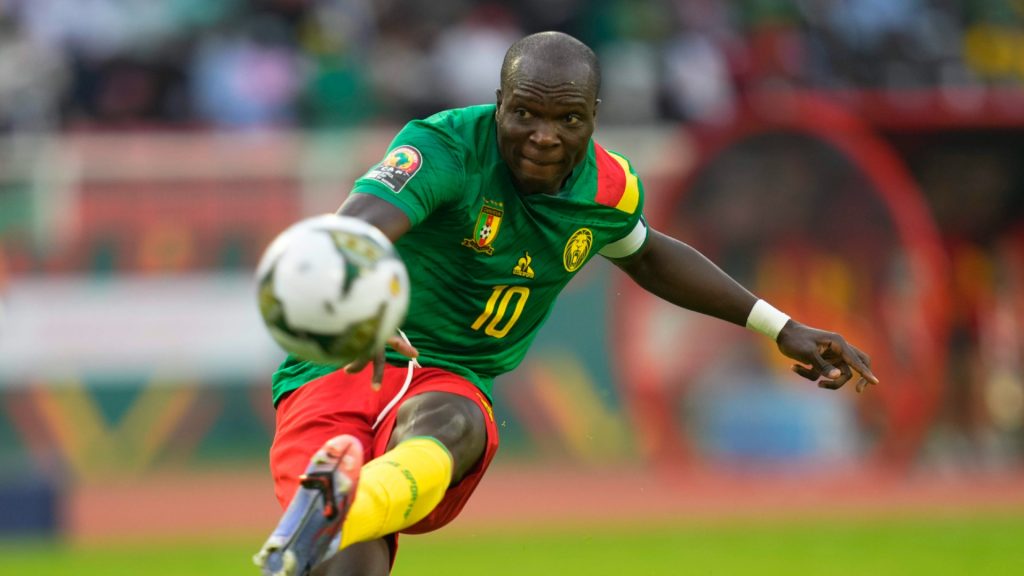 Before their clash against Egypt, Cameroon’s national team captain Vincent Aboubakar declared that the Pharaohs star, Mohamed Salah, doesn’t make much of an impact on the field.

The controversial comment has sparked much debate about who the best player is. And there is more to Salah than the narrative that surrounds him. Salah has shown great form this season, topping the Premier League charts. He also placed third in The Best FIFA Men’s Player of the Year award, proving that he is one of the best players in the world.

In the opening game against Burkina Faso, he scored a brace, showing his intentions for the golden boot. He then scored another brace in a 4-1 win over Ethiopia. Goals against Cape Verde and took his tally to six goals.

Aboubaker is chasing a record held by Benni McCarthy and Hossam Hassan of scoring seven goals in a single edition; the South African and Egyptian did so in 1998 when the tournament was hosted in Burkina Faso. The former FC Porto striker has a chance to add to his goal tally when Cameroon takes on Burkina Faso to win the third-place playoff match; to decide who gets the bronze medal.

Equalling or beating the record will earn Aboubakar the title of one of the best footballers the African continent has ever seen.

His countryman and legends in football, Samuel Eto’o and Roger Milla, are full of praise for him.

This week Mila said that Abubakar has the potential to be one of the greatest African footballers.

“Aboubakar could be one of the greatest African footballers,” Milla said BBC Sport Africa.

“Unfortunately, two years ago, he suffered a very serious injury which sidelined him for four months. I’m very happy for him because he came into AFCON in good form. When he’s playing, it’s as if the whole country wants to make up for lost time, and they want him to win,” said Milla.

Aboubaker might not have the pedigree of a Mohamed Salah, Riyad Mahrez or Pierre-Emerick Aubameyang. And the rest of the world may not hold him in the highest esteem, but on his home continent of Africa, he’s loved and respected as he epitomises the passion for football that African people have.

That’s why Aboubaker gets 10bet Africa’s vote for AFCON player of the tournament.

Let the AFCON glow live on long after the tournament. Predict six (6) games and you could win big in our Pick6 promo!

Three steps to your share of the football lotto jackpot: